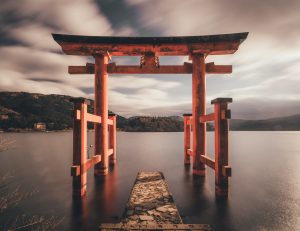 In 1922, Dr. Mikao Usui, the founder of the healing system called Reiki, made a pilgrimage to the holy Mount Kurama in Japan. After 21 days of meditation, fasting and ceremony under a sacred cedar tree believed to hold the spirit of an evolved being from Venus, the concept of Reiki came to him. He did not say that the mountain or tree gave him the knowledge, but merely said he felt the energy and information of Reiki was “in the air.” Nevertheless, the circumstances of his discovery coincide almost exactly with the specific environment and conditions in which a shaman receives sacred knowledge during ceremony, meditation, or journeying. There is a remarkable and undeniable similarity between the way Reiki was conceived and the way Incan shamans and other shamans around the world receive healing medicine from the spirits in nature and other planetary systems. Furthermore, there are striking resemblances in the description of Reiki and Inca Shamanic healing energy and how both are passed down through lineages.

Q’ero Inca shamans, in particular, communicate with the spirits of the mountains (apus), trees (mallqui), stars (kotos and chaskas), and planets. As a result of this interaction, they receive deeply transformational information for healing individuals and the planet.

In fact, many indigenous shamanic traditions around the world have received sacred knowledge and crucial information about healing in exactly the same way. From ancient druids to modern shamans in the Amazon and in many other cultures, tree spirits offer previously unknown medicine and wisdom to those who respectfully communicate with them. The souls or spirits in master plants transmit the knowledge to better the lives and health of people.

Reiki emerged at the foot of a huge and well known sacred cedar tree (kami) which is seen as the incarnation of the god Mao-son in the Buddhist tradition. In ancient Japanese stories, there was a meteorite from Venus that fell to the earth and broke into three pieces. One of the pieces fell on Mt. Kurama. The meteorite was enshrined in a temple and a cedar tree behind the temple was said to hold the spirit of Mao-son who came from Venus. Mao-son’s spirit since that time emanates from that place and helps to govern humanity and evolve the consciousness of mankind. There are also many other shrines and deities of the water, light, and much more that reside and are honored on Mt. Kurama.
Altomesayoqs are specialized shamans in the Q’ero Inca tradition who expressly go to the mountains to receive information from the planets, stars, and star ancestors. The mountains are places with great spiritual power that assist in the transmission of sacred knowledge from the Upper Worlds (Hanaq Pacha) and the light energy of the stars and planets. The same goes for Usui’s experience. Not only did the holy cedar tree bear witness to the miracle birth of Reiki, but so did the holy mountain, Kurama. Kurama had already been a sacred pilgrimage site in Buddhism and Shinto (Japanese nature religion) since time immemorial. Just like Inca shamans do, Usui received sacred knowledge through his meditation on the holy mountain and further intensified this meeting by sitting next to a sacred Venusian tree. The transmission of the sacred healing knowledge was not just in the “air” but coming from the holy site and nature spirits themselves. The evidence seems overwhelmingly clear when compared to how shamans typically receive such knowledge.

While meditating and fasting, people generally become more open to the messages from plants, mountains and all of nature because their normal everyday tunnel vision expands to perceive a wider angle or 360 degree view. Therefore, when nature speaks to them, they “hear” it though they may or may or may not be fully aware from where it came from or who was speaking to them. This seems to be what happened to Usui. The spirit of Mt. Kurama, the spirit of the cedar tree and its connection with Venus and the star being were all communicating to him about a system of healing that could help humanity in a profound way. Because of his location and his purified and respectful state of mind and being, he was able to receive and interpret the information that he was gifted. In a very similar way, Inca shamans use various techniques to cleanse their minds and bodies in preparation to be open to receive universal and planetary light energy for healing. They remove what they call “hucha,” or heavy, dense energy in the body and aura that accumulates over time, and afterwards call down light frequencies to fill the body for healing. After this, they can attune to a higher frequency in order to receive the transmission of knowledge from other dimensions, stars, planets, and nature itself.

Also noteworthy, is that like the Inca shamans of Peru, Usui worked in some way with sacred stones during his meditation. Inca shamans work with khuyas, or sacred stones, in their medicine bundles (mesas) to further strengthen their relationships with mountains, stars, and allies in nature. In fact, some of the stones in the mesa represent the actual spiritual presence and energy of the mountains and stars themselves. The name for a shaman in the Andes is Pampamesayoq or Altomesayoq. The “mesa” part of the word indicates that they are carriers of the mesa, or altar of stones, representing the energies they work with. During the meditation on Mt. Kurama, Usui set 21 stones in front of him and removed one stone each day. There seems to be a parallel with his use of a particular number of stones to enhance the ritual that he did in preparation for receiving the divine information. The number 21 is of significance in Buddhism, and can be found in reference to the Sutras, Taras, prayer beads, etc. In this sense, the stones were points of focus for the energies, like prayers, not unlike the stones in the Incan shaman’s mesa.

Reportedly, nothing happened to Usui until the 21st day when he saw a great light moving rapidly towards him. The light drew nearer and became larger and larger until it struck him on the forehead and he experienced infinite bubbles of rainbow light moving toward and through him. Inca shamans also work with the light of star systems and planets that bring a particular form of healing light. The healing light energy is often described in the same way as Usui saw it as “bubbles of light.” According to the Inca shamans these variations of light energies can derive from planets such as Venus, Mercury, Saturn, and the Sun or the stars such as the Pleiades, Orion, and more. They are connected to their ancestors. Each offers its own form of healing for humanity and the evolution of the planet. In Incan cosmology, the dimensions of the Upper Worlds can be accessed through the 7th layer of Kanchi Wara, a place that Inca shamans go to journey into other worlds. It is referred to as the Layer of the Channelers and is rainbow colored with light bubbles. It is a gateway to the star nations of the ancestors and can be accessed through the sacred khuyas of the mesa (representing the mountains and stars). Apparently, Usui received the same guidance and reported the same exact experience as shamans from Peru do in the way that the bubbles of light came to him offering information, and activating healing energy that he carried for the rest of his life and shared with the rest of the world.

Usui explained that after his experience on Mt. Kurama, he felt energy come through his crown and out his hands. Thereafter, he was able to heal others and himself very powerfully. Not only had he received the sacred information on how to pass on healing, but the actual energy itself to do so. That is why someone who works with Reiki energy first receives an attunement to activate the energy in the body so that the Divine Light energy can flow, work through ones aura and be passed onto others. When someone becomes attuned for Reiki, she or he becomes a vessel for that energy. That person is then a part of a lineage tracing back to Usui (and further to Venus). In Inca tradition, the energy to heal is also passed down through a lineage of healers. It is passed down in several ways and through various initiations, but essentially it is the same. During the Initiation with the Stars (Koto K’anch’ay), for instance, the light energy frequencies first come in through the crown and then are also activated and integrated into other parts of the body. There is also a specific technique that brings in the light energy of Venus in order to heal the bones and structure of the body called the Kausay Muju. The Kausay Muju, however, also incorporates the light healing of other planets and parts of the body, as well. And when one becomes an apprentice of an Inca shaman, the lineage is passed on to that person from many generations of Incan shamans. One can call upon them to assist during healing. The same goes for Reiki. Each person in the lineage stands behind the other to offer more support and healing when needed.

Whether Usui was aware of it or not, it seems that he was communing with the spirits of Nature and the stars, just as a shaman would in order to receive medicine for curing. The similarities between the birth of Reiki and how Inca shamans receive healing medicine are many and significant. The similarities between the types of energies to heal are also many, as well as how the energy is passed on over time and space. At its core, shamanism is most essentially about obtaining a deep connection with the spirits of nature to bring back knowledge to be shared for the healing of the community. Through this contact with nature, we become whole again, balanced, in tune, and well. The same goes for Reiki, the universal light energy is called upon from the source in order to bring health, peace, and light. While Usui may not have completely understood or been able to interpret the source of the initial conception of Reiki, it is certainly true that he did not try to own or claim it for himself. In that spirit, he gave it to the world in its purest and most selfless form. He states, “I accidentally realized that I have received healing power when I felt the air in mysterious way during fasting. So I have a hard time explaining exactly even I am the founder.”

With a respectful and egoless attitude, Usui became the bridge and mediator of a magnificent and powerful healing tradition which has no religious boundaries and is open and available for anyone to use and benefit from personally and collectively. We should be grateful for his service and contribution, and the divine knowledge given from nature to heal us all. Likewise, we should recognize the powerful work of Q’ero Inca shamans and other shamans who work in the same way to transmit universal healing energy for everyone in their communities, as well as all people and Mother Earth herself.

Oral trainings from the paqos/shamans through Serena Anchanchu School for Inca Shamanism. (2011-2016)