Healing for Stepping into Personal Power 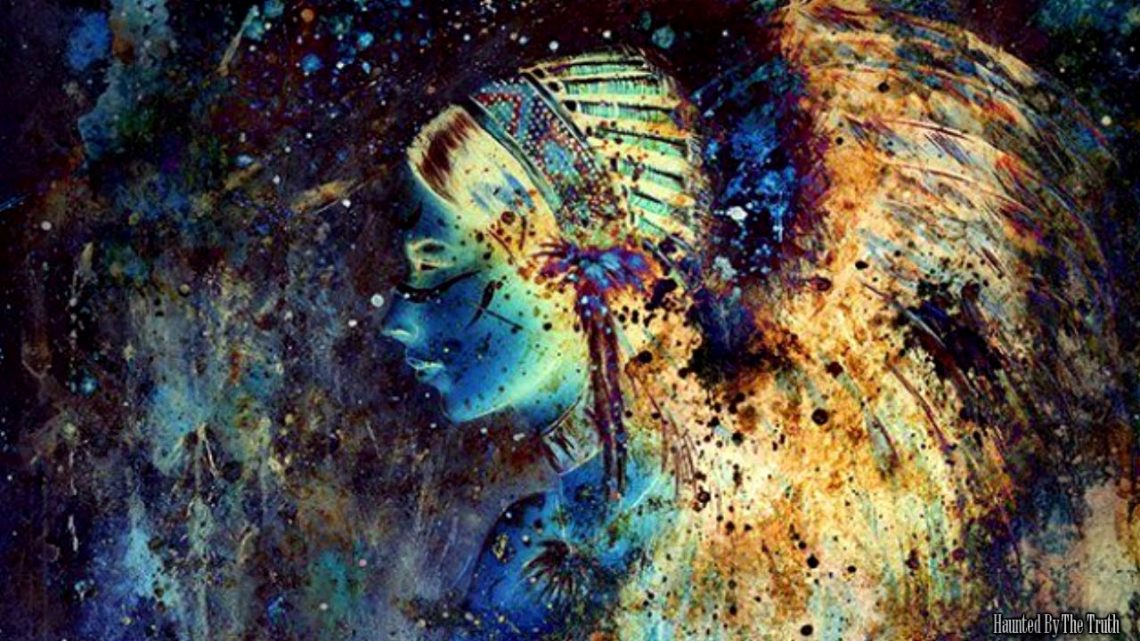 INTENTION: This shamanic healing was done in person for Katerina to help her reclaim her inner strength when she was feeling disempowered.

HEALING: Katerina is swimming underwater. It is clear aqua and breathtaking as she opens her eyes, looking for the sun. She lies on her back, looking up at the layers of water above her. Brown debris is floating beneath her, green algae, getting lighter and clearer as the water thrashes above. It is as if she is waking from a dream. As she comes into consciousness, she feels a pulling downward, a tugging holding her in place as she tries to rise. She looks down and sees a fishing net covering her body, feels a break in the ropes to make place for her head to come through. Her arms are bound in the net; her legs are kicking futilely. She is moving in place, and as she struggles, she feels a rope attached to her heart, moving her in its own rhythm. What is holding her here? She breaks her eyes away from the surface of the water, from the sun, and nervously follows this rope towards the left, towards the rocks, the riptides. Several feet away she sees a boulder; no, it is metal, tarnished, like a helmet worn by the ancient warriors. The end of the rope must be tied around this object, she surmises, beginning to make her way over to untangle herself, to stop this pulling that feels as if her heart is being ripped from her chest. Suddenly, the helmet moves. Eyes meet hers with an unwavering stare as the helmet rises to reveal the face of a man. He is dark skinned, with a sharp nose and high cheekbones. His skin is young but weathered, and his jet black eyes pierce into hers fiercely, challenging her. Her heart jumps, and she looks away, unnerved. She makes a motion to struggle again, to get away, but then just as impulsively stops, knowing somehow that she is bound to this man, that he has hold of her, and that he will not let her go so easily. She looks at him again, takes in his breastplate, his metal leg guards, his shield and sword, his shirt that is the color of sand and mud, worn in some places, torn in others. He does not move again, but stands guard over her, telling her without words that he is protecting her, that he will not let her out of his sight, and that he will not set her free until it is time.

The valley is slowly fading into the distance as the group makes its way up the trails of the mountain to the peak. Lush greenery canopies the path, the trees swaying in the breeze. Willows flow in the wind, and below, the sea belies a strange calm.  Katerina is walking up the trail, fragile, almost floating between the men and women who are surrounding her, holding her up. She is pale white against their dark Mayan skin. Her long white dress presses to her skin, soaked with fever. Her breath is choked, as if her lungs have forgotten how to breathe. Her eyes take in the terrain, the lushness of the volcanoes, the pinks and reds of the flowers and the herbs lining the path. Her eyes streak the cliffside and over the edge to the vast sea that now seems miles below. The sun is bright, and while usually enlivening, is at war with her fever, causing beads of sweat to pour across her face. She pales, and her white skin becomes almost translucent. The four men by her side silently and steadily support her, slowing down to keep with her pace. Five women also surround her, in their long colored skirts and bare feet. They carry hand woven baskets full of supplies, and seem to skip up the mountainside unperturbed by the heat. Katerina was born of their race, but her albino skin spoke of a mystery among them. They did not speak of this mystery to her.

Finally, the group arrives at a clearing, manicured grass surrounded by archways of trees, bending to form pathways to the sky. The trees create a much-needed shade, and Katerina slumps to the ground against a giant oak to rest and calm her pounding heart. The women begin to set up the clearing, unloading their supplies, their blankets, their medicine pouches and herbs. The men gather wood to start a ceremonial fire. Within minutes, sacred chanting begins, and Katerina understands it will last for hours, uninterrupted, to carry her through her journey. She is placed on a blanket next to the fire, and the medicine women unleash an array of sage, powder, and fragrances around her, smoking the space above her head and chest until she can barely see. These people, she knows; their will is strong and they are calling to the spirits for protection. She hears their words, their prayers that she is held through her walk into darkness. She knows their plan of sending her away to recover, to remove the illness that has taken over, but she does not know how. She does not know where. They speak, but not to her.

Who are they looking at? Katerina strains to sit up but is held back down. “Shh,” they say, “be still.” She can barely see anything anyway. Her body feels far away, her mind bottled up in a corner of her head. The pain is unbearable. She looks up at the archways the branches of the trees have formed overhead and lets her mind escape. Suddenly, a bright light appears in one of the arches, as if a tunnel has opened. The chanting becomes louder, more insistent. A man appears on the other side, one she has seen before, underwater. He is angry. He is shouting at her people, “Why are you here? You can’t come here; this is not where you belong!” Then he looks over and sees Katerina, her pale skin so unlike the others. His expression softens. “I’ll take her,” he says. The men pick her up and carry her to the trees. She watches as her feet are passed through the portal and disappear. Her legs disappear next. The men still are holding her upper body, and their hands are comforting amidst her rising fear.

On the other side, firm hands grip her legs and pull her through. She is standing again, held up by this warrior. He does not speak at first, then shouts into the distance, summoning two other warriors. They come running, and when they see her, stop and stare. It is a cold place she has entered. Autumn leaves and crisp air give her the first chill she’s had in days. Or was it from these warriors? It is as if she entered the dark ages. A stone castle lies in the distance, hundreds of wide steps leading to its great doors. The warriors talk quietly amongst each other, and agreeing to hide her, they lead her away from the castle and into the forest. She hangs her head and follows, aware of her surroundings. They lead her further into the dark forest, with each step the trees creating an ominous shade. She knows by their conversation that she is in purgatory, in the place of limbo, that people here are neither bad nor good, and that if she wants to  make it out alive, she needs to listen to them. She hangs on to every word they say, as they lead her to a wooden hut hidden amidst the trees.